Christmas may be coming early this year thanks to a bold, new report that lays out a rock-solid case for transforming nursing homes.  The comprehensive report neatly ties up eldercare reform with a bow and presents it to policymakers and the public in one package. And for longtime supporters of the Green House model, many of its conclusions should be more than familiar.

Broad in scope and daring in its recommendations, the National Academies of Science, Engineering and Medicine this month released recommendations that call for a sweeping revision of the way we pay for, finance, regulate and deliver care to elders in the United States. 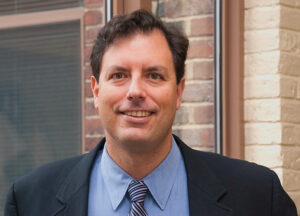 The NASEM report is the latest voice in a growing chorus calling for major changes in long-term care. Even politicians are finally jumping on the bandwagon. Earlier this year, the Biden administration released a series of proposed nursing home reforms and President Biden himself brought up the need for change during his State of the Union address.

David Grabowski, a professor of health care policy at Harvard Medical School, is “thrilled with the attention” the NASEM report is shining on long-term care. This month, he returned as a guest on the “Elevate Eldercare” podcast to discuss the report with Green House senior director Susan Ryan.

Currently, older adults, their families and caregivers aren’t at the center of the discussion, Grabowski said. They should be, and that kind of tremendous culture shift is necessary for the reforms recommended in the report to be effective.

As Grabowski observed several times during the conversation, those goals align closely with the work that The Green House Project has done for nearly two decades.

“There’s so much potential there to transform the funding and incentives around Green House,” Grabowski said. “So I’m very excited about these recommendations, because they really, I think, directly encourage more Green Houses, which would really improve our system.”

A researcher who has studied long-term care for more than two decades, Grabowski is the right person to unpack about the report and its ramifications. His work focuses on the economics of aging with a particular interest in the areas of long-term care and post-acute care. Grabowski also has served on numerous panels, including the committee that put together the NASEM report and the CMS Nursing Home Coronavirus Commission.

Grabowski admits the need to overhaul the LTC system is long overdue but believes the pandemic — and the harm it caused to elders living in congregate settings — galvanized policymakers’ interest in the issue and brought it to national attention.

Grabowski is hopeful the new report will “push policymakers to champion these ideas and act on these recommendations” to bring about transformative change. The report — and the research behind it — is designed to help those who live and work in long-term care, he said.

A key part of achieving that goal, Grabowski noted, will be to break out of the fines-versus-funding binary that divides providers and advocates. Historically, reform movements have focused on penalizing bad actors, while providers assert that more funding is needed to truly provide higher-quality care – while often opposing calls for greater transparency and accountability.

Grabowski called for an entirely new way of looking at the argument.

“We need to set up a new framework for [providers] where they’re incentivized to go down the path of a Green House and to be accountable in terms of how they’re spending their money,” Grabowski said. “And I think, as advocates … let’s not just worry about the worst performers, but also: How do we get more Green Houses?’

But this is just the beginning. We know what works — now is the time to act swiftly and decisively to implement these recommendations. Christmas or not, there’s no better gift we can give to our elders, their families, and caregivers.

“The challenge there is always defining what’s quality and what’s high value to residents,” Grabowski said. “But if satisfaction is a part of that, Green House will fare very well. There’s a high quality of life under that model.”