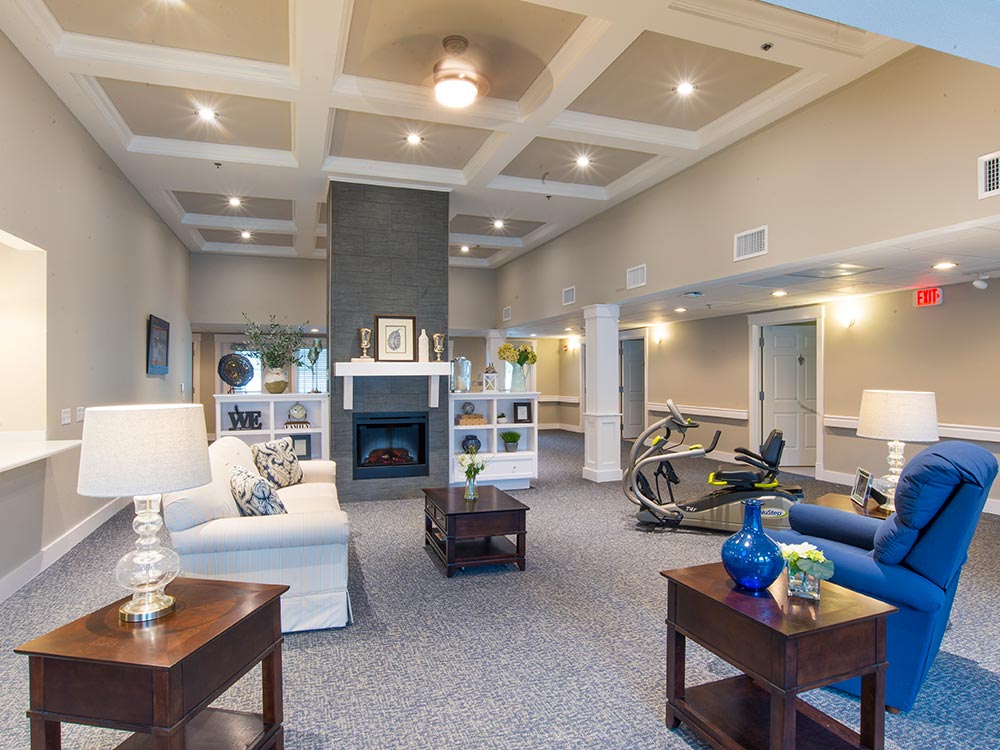 The Center for Innovation (CFI) is the umbrella organization of The Green House Project (GHP). The CFI Board of Directors is responsible for overseeing GHP’s activities. Members meet periodically to discuss and vote on the affairs of the organization. 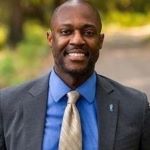 Adams is the chief operating officer of The Kendal Corporation, a leading non-profit eldercare provider. Adams had previously served as the executive director and CEO of Collington, Kendal’s affiliate in the Washington, D.C. metropolitan area, as well as the COO and administrator of The Highlands at Pittsford outside of Rochester, N.Y.

Adams has a passion for developing the next generation of eldercare leaders: Since 2016, he has served as the director for emerging talent at Kendal, helping affiliates of the non-profit to identify, develop, and maintain high-quality internship and fellowship opportunities that are academically relevant for students. Adams also routinely speaks to students at Cornell University, UNC, and Penn State.

Adams holds a master’s degree in health care administration from the School of Public Health at the University of North Carolina, Chapel Hill, and a bachelor’s degree in political science from the College of Charleston. 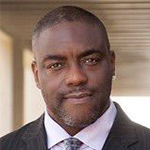 Dr. Ash is associate dean, diversity and inclusion, and assistant professor at the University of Maryland, Baltimore (UMB) School of Nursing. He has been published in the Journal of Professional Nursing and authored a chapter titled “Dimensions of Diversity” in the Ronch, Weiner text, Person Centered Elder Care.

Dr. Ash’s experience and education include diversity and inclusion consultations and podium and plenary presentations. He holds a B.S. in Economics; M.S. in Human Resources, Organizational Development, and Training; and Ed.D. (Doctor of Education) in Urban Educational Leadership. 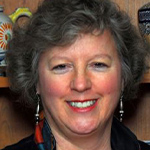 Dr. Calkins is nationally recognized as a creative, dynamic leader, trainer, and researcher in the field of environments for elders. She is a highly sought-after speaker for conferences in the U.S. and abroad.

She is head of Moreland Hills, Ohio-based Innovative Designs in Environments for an Aging Society (IDEAS), a consulting firm, and IDEAS Institute, a nonprofit research institute, both of which are dedicated to exploring the therapeutic potential of the environment—social, organizational, as well as physical—particularly as it relates to frail and impaired older adults. Dr. Calkins has published extensively and received over $5 million in grant funding from the National Institutes of Health and foundations to develop training materials and explore the impact of the environment on people living with dementia. 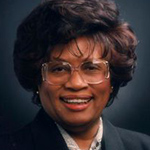 Dr. Elders, the first person in the state of Arkansas to become board certified in pediatric endocrinology, was the fifteenth Surgeon General of the United States, as well as the first African American and only the second woman to head the U.S. Public Health Service.

Long an outspoken advocate of public health, Elders was appointed Surgeon General by President Clinton in 1993. She left office in 1994 and in 1995 returned to the University of Arkansas as a faculty researcher and professor of pediatric endocrinology at the Arkansas Children’s Hospital. In 1996, she wrote her autobiography, Joycelyn Elders, M.D.: From Sharecropper’s Daughter to Surgeon General of the United States of America. Now retired from practice, she is a professor emeritus at the University of Arkansas School of Medicine and remains active in public health education. 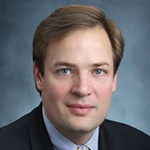 Hermann is president and chief executive officer of Ziegler, a privately held investment bank, capital markets, and proprietary investments firm based in Chicago, Ill. He also serves as head of investment banking and sits on Ziegler’s board of directors and executive committee.

Hermann not only fosters the growth of existing practices but also pursues potential new practices. With a focus on cross-practice collaboration, he plays an active role in maximizing synergistic opportunities across all investment practices, especially within the healthcare and senior living sectors. Hermann has structured and led or co-led more than 325 senior living financings exceeding $8.2 billion, cumulating far-ranging experience in the management, structuring, and financial analysis of every type of senior living financing. 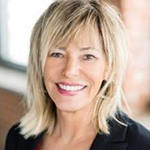 Holleran’s passion for hearing the voice of the stakeholders started in the 1980s, with a specific interest in customer satisfaction. In 1992, she founded Wrightsville, Pa.-based Holleran, a research and consulting firm focused on understanding satisfaction in senior living and retirement communities.

Holleran’s influence has transformed the industry’s understanding of successful aging, leading to the widespread adoption of engagement as a key metric in resident and employee research. It is this dedication to research and understanding that propelled Holleran into her role as the first chair of the LeadingAge Larry Minnix Leadership Academy, where she coached leaders to take their skills to the next level. Today, Holleran continues to develop and facilitate leadership courses for LeadingAge state affiliates and multisite provider organizations. In addition to her vast professional experience, she holds an MBA from the Pennsylvania State University and a Ph.D. in Organizational Management, with a specialization in leadership studies, from Capella University. 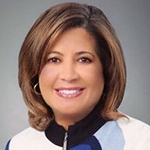 During its forty-seven-year history, NCBA has been the only national organization devoted solely to providing effective leadership in making minority participation in aging services a national issue and priority. Prior to becoming NCBA’s CEO, Karyne was executive director of Federal Relations with SBC Telecommunications (now AT&T), where she lobbied members of Congress on telecommunications issues and policies. She also represented the company’s corporate political action committee with national political organizations. 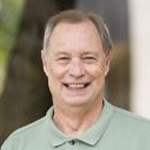 McAlilly is the president and chief executive officer CEO of Methodist Senior Services (MSS), whose corporate headquarters is in Tupelo, Miss. Established in 1966, MSS owns and operates twelve retirement communities in eleven locations in Mississippi, serving more than 1,500 residents.

It offers affordable levels of care that include independent living, personal care (assisted living), and skilled nursing care. MSS serves another 200 persons in their homes with Meals on Wheels. Under his leadership in 2003, MSS developed and opened the nation’s first Green House home for long-term care. McAlilly was selected by the United Methodist Association as its Administrator of the Year in 2004. In 2005, he received Otterbein Homes’ Distinguished Service to Aging award for bringing the Green House model of long-term care to the world and was presented the LeadingAge Award of Honor in 2012. In 2015, McAlilly was named Millsaps College’s Distinguished Alumnus of the Year. He also serves as a director for Caring Communities Insurance Company. McAlilly received his Bachelor of Science degree in history at Millsaps College in 1977 and his Juris Doctor from the University of Mississippi School of Law in 1980. 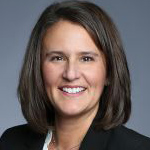 Since 2013, McCracken has served as director of senior living research and development at Ziegler. Her primary focus is concentrated on conducting market research and trend analyses for educative purposes in the form of presentation modules, newsletters, and research publications.

In addition to providing support to several senior living bankers, she also facilitates the Ziegler CFO HotlineSM, an electronic interchange of information among CFOs of senior living providers, and coordinates regional educational workshops for senior living professionals as part of the Ziegler CFO Workshop Series. Prior to joining Ziegler, McCracken served as president of Holleran Consulting, where she served as managing partner and vice president of research. Her expertise is in conducting research in the not-for-profit senior living sector, writing white papers and articles on various industry topics, and presenting research findings to providers and experts in the field. McCracken has served on various state, regional and national workgroups such as the LeadingAge Engaging Consumers Cabinet, the Quality First Task Force, and the LeadingAge Education & Planning Committee. 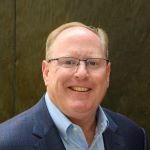 O’Brien is the founding CEO of Avila Home Care, an agency serving the Baltimore area. Prior to launching Avila, O’Brien was the senior pastor of Grace Fellowship Church in Timonium, Md.

He also spent 13 years at Erickson Living from 1993 to 2006, where he worked as the executive director for Charlestown and the senior vice president for new communities, overseeing start-up operations and government relations. O’Brien serves on the board of the LifeSpan Network, an organization of senior living providers in Maryland and the District of Columbia, and has also been a member of the Maryland Secretary of Aging’s Advisory Council. 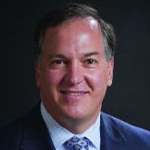 Since 2005, Ponthie has exclusively worked in the long-term care industry and has continuously served on the board of directors of the Arkansas Health Care Association since 2007.

Ponthie co-owns Southern Administrative Services, which provides administrative support services for 36 nursing homes, including four campuses that encompass 33 Green House homes. He has more than 25 years of experience in health care administration, including 16 years in hospital management and other ancillary services. Under Ponthie’s direction, his company developed the first for-profit Green House homes. He earned a Bachelor of Science degree in business administration from Louisiana State University and a Master of Health Administration degree from Tulane University. 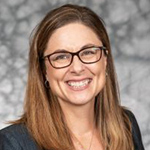 In 2017, Clark-Lindsey opened Illinois’ first Green House Homes (outside the VA system) and advanced regulatory readiness for a more resident-centric, small-home model. Clark-Lindsey received the 2016 LeadingAge Excellence Workplace Award, recognizing its culture of high resident and employee engagement, and the 2016 Community Impact Award from LeadingAge Illinois. Reardanz is a graduate of the 2012 LeadingAge Leadership Academy program, an organization that represents aging services providers throughout the nation, and served as coach and facilitator for the LeadingAge Illinois leadership program (2013-2015). She currently serves as past chair of the LeadingAge Illinois board of directors. Reardanz holds a Master’s in Business Administration from Eastern Illinois University and a bachelor’s degree in accountancy from the University of Illinois. She has been a licensed Certified Public Accountant since 1997 and received her Nursing Home Administrator’s license in 1998. 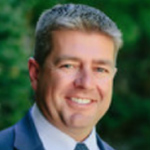 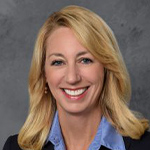 Wilson is president and chief executive officer (CEO) of Otterbein Senior Life, a faith-based, not-for-profit ministry based in Lebanon, Ohio. She joined Otterbein in 1997 and has held various positions including chief financial officer, vice president of strategic planning, and executive vice president, leading up to her promotion to CEO in early 2009.

Prior to joining Otterbein, Wilson spent her career as a CPA in ever-increasing roles of responsibility with certified public accounting firms. Otterbein is the nation’s largest provider and national leader in developing “small house” neighborhoods, which offer a revolutionary, person-centered skilled nursing home model designed to look and feel like a real home. Wilson is on the board of Caring Communities Insurance Company, where she is chair of the underwriting committee. She is past chair of the Ohio Board of Executives of Long-Term Services & Supports, appointed by then-governor, John Kasich, past chair of LeadingAge Ohio, and past treasurer of the United Methodist Association Board. Wilson was named to the 2016 list of Cincinnati Women of Influence by Venue Magazine and is a recipient of the 2017 Everest Leaders and Legends Award. Wilson holds a bachelor’s degree in business administration (accounting) from Georgia Southern University and a master’s degree in organizational development from Bowling Green State University. 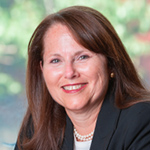 Dr. Weiner recently retired as president and CEO of The New Jewish Home and as president of its foundation, the Fund for the Aged. During her 25-year tenure, she worked extensively on the organization’s master plan to bring Green House homes to Manhattan and to that end created a small-house model wherein the homes operate as if they were Green House homes, at The New Jewish Home’s Sarah Neuman Center.

Dr. Weiner is the founding editor of the Journal of Social Work in Long-Term Care, and with Dr. Judah Ronch, edited three texts on culture change in long-term care. Dr. Weiner has received numerous honors and awards, including the Dr. Herbert Shore Award of Honor, 2018, from the Association of Jewish Aging Services; the LeadingAge New York, Lawrence E. Larson Memorial Award of Honor, 2015; the Jewish Women International, Women to Watch Award, 2003; and was named one of Avenue magazine’s Women in Science in 2000. She received her doctorate in social welfare administration from the Graduate Center of the City University of New York and her master’s in public health from Yale University. She served as chair of LeadingAge, from 2012 to 2013.

If you’re ready to create homes for elders that demonstrate more powerful, meaningful, and satisfying lives, call us today.